Women who explanted their breast implants warn others of possible complications 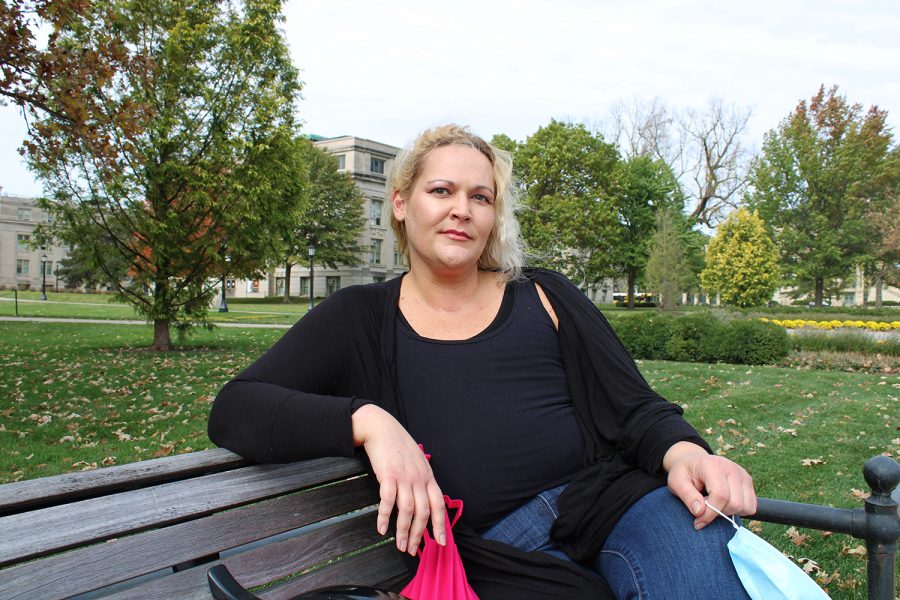 Tara Armstrong knew she was at risk for breast cancer. Her father died of the disease. Her sister was diagnosed before she turned 35. Her maternal aunt and paternal grandmother also had breast cancer. A genetic test determined she had a BRCA 1 mutation, which can increase the risk of females developing breast and ovarian cancers, according to the National Cancer Institute.

After receiving the results of her test, Armstrong decided to complete a prophylactic double mastectomy with immediate implant-based breast reconstruction. What she didn’t know was that her efforts to prevent her development of breast cancer put her at risk for developing a different cancer.

“About two weeks into that life, I started to have complications and [that] resulted in several other surgeries,” Armstrong said. “This was supposed to be a one and done thing for the breast reconstruction and that is not what happened. I went through ultimately three sets of implants.”

She underwent reconstruction surgery in July 2013. In March 2020, she was diagnosed with myeloma.

An Iowa City resident, Armstrong said that for years the complications with her implants caused weight loss, pain, sweating, rashes, and discoloration and numbness in her hands and feet.

When she raised concerns to her surgeon and other medical professionals, Armstrong said, they were dismissive.

“Never at any point was I warned by my plastic surgeon or from the surgical oncology team that [implants] were linked to a form of cancer,” she said. “In fact, at one point I asked my plastic surgeon if perhaps all the complications I was having were, maybe I had breast cancer already and that they just missed it.”

Armstrong had a PET scan – an imaging test that can detect signs of cancer — in 2018 that showed lymph nodes throughout her chest, which she used to argue to have her implants removed in 2019. No one wanted to do a follow-up PET scan, however, and it wasn’t until COVID-19 broke out that her primary care doctor was able to get her PET scan order, she said.

The pandemic ended up being her surprising “lucky break for a diagnosis,” she said. The follow-up PET scan was in March. The results revealed she still had lymph nodes, as well as lesions on her spine, left hip, and shoulder.

Through a bone marrow biopsy, she was initially diagnosed with smoldering multiple myeloma, but as her pain worsened, Armstrong’s doctors changed the diagnosis to active multiple myeloma.

“It spread from my left hip to my right hip and lesions grew on my spine and a new one had also formed,” Armstrong said. “So, for it to have spread that quickly, my doctor told me that meant I had it for about five years — meaning the entire time I kept telling them that I was sick, and nobody was believing me, and that it was in my head, I was right. I was sick.”

Armstrong’s long struggle to receive a diagnosis led her to become an advocate for informing women about the risk of implants. She also wants to destigmatize flatness, an option that women can choose instead of implant-based reconstruction.

Jennifer Cook discovered implants could cause cancer not from her plastic surgeon, but from a middle-school play. At the end of the academic year in 2016, she took her English students to watch their peers perform at Southeast Middle School in South Gate, California.

The play discussed bullying and self-esteem, she said. At one point, the characters were talking about breast implants and one of them said they would never get breast implants because they cause cancer.

When the school promoted the play, Cook said it was advertised that students had written some segments. Her first inclination was that the kids added the line for dramatic effect, she said, without any fact behind it.

She said she planned to tell the students they couldn’t be reckless in writing that in but looked it up first.

“That’s when I saw that it had been in the news recently,” Cook said. “And so, I did a little bit of investigation and the information that I was seeing was, well, the risk is like being struck by lightning — that it’s there, but it’s extremely rare. But it still bothered me. I was like, ‘Wow, OK, I guess I need to be aware of this.’”

Cook describes herself as aware of and anxious about her health. She never would have gotten implants if she knew there was a risk of developing cancer, Cook added.

“I got my implants in 2010 and the written information that I was provided about implants specifically led me to believe that there was not any evidence that linked implants to cancer,” she said.

She added that symptoms of Breast Implant-Associated Anaplastic Large Cell Lymphoma (BIA-ALCL), a different cancer than the one Armstrong developed, included fluid around the implant and swelling.

Brian Link is a hematologist-oncologist at University of Iowa Hospitals and Clinics, who specializes in treating patients with lymphoma. Over the course of his career, Link said he estimates he has treated two patients with Breast Implant-Associated Anaplastic Large Cell Lymphoma.

“Most of the theories would focus on the notion that these lymphomas perhaps arise from chronic inflammation or irritation,” he said. “Remember, any time we have a foreign body implanted in us, our immune system recognizes it as a foreign body, and will try to mount some sort of an immune response. A vast majority of the time that immune response for breast prostheses would be benign, but obviously in rare cases, that seems to either uncover a pre-existing abnormality in the system, or potentially stimulates an abnormality in the system.”

Link is not a plastic surgeon, so he’s not responsible for informing patients on the risk of surgery. He said, however, that “there is always the potential danger to overwhelm an individual with every single possible complication” when informing them on a medical procedure. That may be why surgeons don’t always communicate the risk of implants causing cancer — especially because it’s rare.

According to the FDA, there have been 733 cases and 36 deaths due to breast implant-associated anaplastic large cell lymphoma as of Jan. 5.

“An individual’s risk of developing BIA-ALCL is considered to be low; however, this cancer is serious and can lead to death, especially if not treated promptly,” states the FDA page on BIA-ALCL. “In most patients, it is treated successfully with surgery to remove the implant and surrounding scar tissue, and in some patients, also treatment with chemotherapy and radiation therapy.”

The page also notes that textured implants pose a higher risk for BIA-ALCL than smooth implants.

In summer 2016, Cook said she felt a lump and ordered a mammogram, ultrasound, and MRI. Physicians told her what she felt was scar tissue. Because radiologists didn’t alert her of any fluid around the implant, she assumed there was none.

Cook said she later learned from looking at her medical notes that there was fluid at the time. She assumes the doctors didn’t tell her because they didn’t know to look for it, she said.

“That’s something I raised as an advocate, is if you’re concerned about this lymphoma, you can’t go in in a passive way and think that your doctors, the radiologists that everybody they’re going to know about this disease know what to look for and handle it,” she said. “You can’t make that assumption. And it’s not a very comfortable place to be in.”

A year later, Cook noticed more firmness in the breast. Her concerns were also rising because she read articles saying BIA-ALCL was less rare than she read in 2016, and that textured implants, which she had, were even higher risk for BIA-ALCL. Similar to Armstrong, Cook faced skepticism from medical professionals.

She said her plastic surgeon was minimizing her concerns, telling her, “‘That is so rare, that disease … you don’t have it. You’re telling me they’re getting bigger? Well, that happens with age. You’re telling me your bras all the sudden don’t fit right? Well, you can’t trust bra sizes.’”

Because Cook was over 40 and she found a spot that had changed, she was approved for a biopsy. In August 2017, she was diagnosed with BIA-ALCL.

If it wasn’t for her awareness of the symptoms, which she only found out about by chance, Cook said she wouldn’t have been alarmed and would just have assumed she was feeling scar tissue. Cook said women sometimes believe their early symptoms of BIA-ALCL are caused by implants rupturing or hardening, not suspecting anything serious.

Cook is in a Facebook group for women with implants that developed BIA-ALCL. She sees women joining the group who recently had breast implant reconstruction after they had breast cancer. When she asks them if their doctor warned them, they often tell her they might have been warned, but they were so stressed about the breast cancer at the time, they don’t remember.

Cook sees this as a sign doctors are still not communicating the risks enough.

“I don’t think that’s something that the patient just forgets,” she said.

Laura Willging had a breast augmentation in 2008 and within a year started experiencing symptoms of Breast Implant Illness. One of the first signs was when sessions at the gym became intolerable. She experienced muscle fatigue and felt shaky, both symptoms she had never experienced before. Initially, Willging saw her age and busy lifestyle as the cause for her fatigue.

Willging, who lives in Dubuque and worked as a nurse, shares her experience with health-care practitioners to raise awareness.

“It’s anecdotal, but it does support other women who have the same story,” she said.

In August 2019, Willging explanted her implants. The procedure alleviated a few symptoms right away, and her blood work results normalized.

Cook had her last targeted chemotherapy session in February 2018. She has filed a lawsuit against her doctor and the manufacturer of her implants.

Armstrong just began chemotherapy this August. The three of them, along with women they have met through social media with similar stories, are adamant about using their experiences to inform other women.

“There is no way I would have consented to having my original breasts removed in efforts to prevent a form of genetic breast cancer only to have my genetic risk replaced by a man-made cancer caused by my implants that no one told me was even possible,” Armstrong said, in an email to The DI.