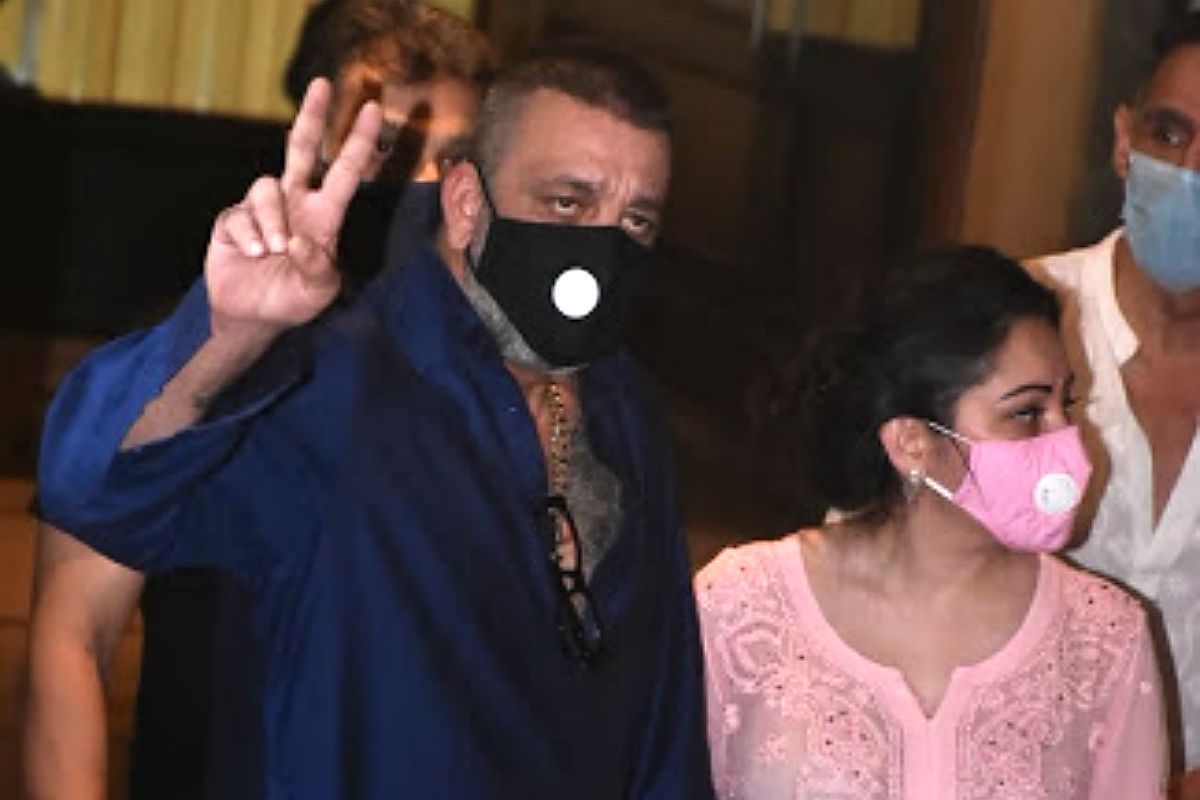 Ever since Bollywood megastar Sanjay Dutt has been diagnosed with lung cancer, he is frequently spotted at Kokilaben Hospital with his sister for preliminary tests. While initial reports suggested that the actor has already started his chemotherapy sessions, now a report in Midday says that Sanjay Dutt may have gotten a 5-year visa for the US on medical grounds. He will soon be headed to New York for further treatment in Memorial Sloan Kettering Cancer Centre where his mother Nargis Dutt was reportedly admitted between 1980 and 1981. Also Read – Ganesh Chaturthi 2020: Sanjay Dutt Shares Pic With Maanayata, Wishes This Auspicious Festival Removes All The Obstacles

A source reveals the portal, “Sanju had applied for the visa as soon as he learnt of the diagnosis. However, initially, it wasn’t easy to get the clearance since the actor was among those convicted in the 1993 Bombay blasts. Fortunately, one of his close friends helped the actor secure a five-year visa on medical grounds. He is expected to fly to New York with Maanayata and Priya, where he will pursue treatment at the Memorial Sloan Kettering Cancer Centre.” Also Read – Sanjay Dutt Cancer Treatment Update: Actor to Come Back Home Soon, Frequent Hospital Visits to Continue

Sanju’s wife Maanayata Dutt, sisters Priya and Namrata are expected to New York during his treatment and actor’s daughter Trishala already stays in NY. The source adds, “Sanju was considering travelling to Singapore if the US plan did not materialise. Thankfully, everything has worked out swiftly, and he is expected to leave at the earliest.” Also Read – Irrfan Khan’s Son Babil Khan’s Humble Request to All: Give Sanjay Dutt And Family Existential Space

In the recent past, late Rishi Kapoor, Manisha Koirala and Sonali Bendre too put their faith in the hospital, which is the world’s oldest private cancer centre.

Sanjay Dutt has recently celebrated Ganesh Chaturthi with his wife at home. He wished all his fans and mentioned that this year Ganesh Chaturthi festivities are low-key. Sanjay’s post was also related to his health condition as he wrote, “The celebrations aren’t as huge as they used to be every year but the faith in Bappa remains the same. I wish that this auspicious festival removes all the obstacles from our lives and bless us all with health and happiness. Ganpati Bappa Morya🙏🏻”.